Rumor Roundup: Braves Might Have To Pass on Pollock 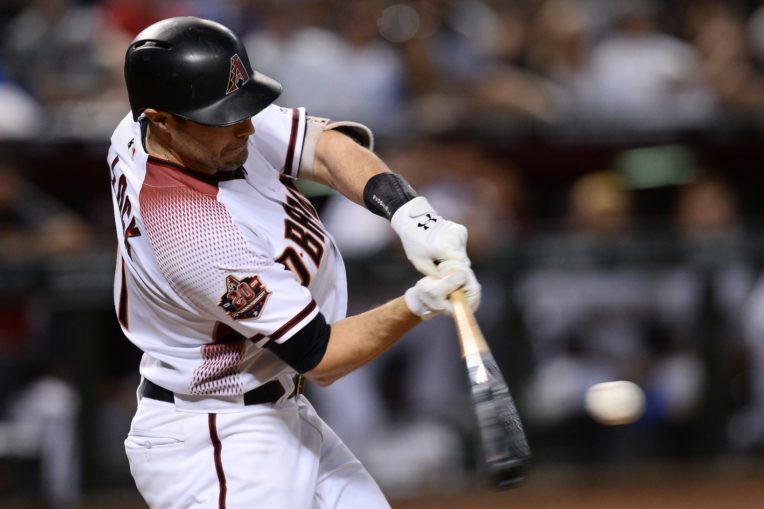 Welcome back to another morning of the Rumor Roundup! The Phillies continued to create smoke yesterday, two well-known aging veterans plan on playing another season, and the Braves have some significant restrictions that may take them out of the Pollock race. Hope you enjoy the latest news on the hot stove!

The Buzz in Philadelphia Continues

The Philadelphia Phillies dominated headlines once again yesterday due to their outspoken willingness to spend big money. According to Bob Nightengale of USA Today Sports, Philadelphia envisions themselves signing Dallas Keuchel,  Craig Kimbrel, and Bryce Harper, who they’re currently the “clear cut favorites” to sign.

It was also reported yesterday that it’s unlikely they sign both high-priced free agents, Harper and shortstop, Manny Machado this offseason per Jon Heyman of Fancred. In spite of this news, Phillies Principal Owner, John Middleton has been quoted as saying the team has the ability to spend “stupid money.”

Philadelphia has certainly been the most vocal organization in January, where they have been consistently mentioned in several daily rumors involving star free agents. If the team were to sign Keuchel, Kimbrel, and at least one of Harper or Machado then they would be more than putting their “money where their mouth is.”

After acquiring All-Star, middle infielder, Jean Segura via trade from the Seattle Mariners this offseason, the Phillies made two more solid free agent acquisitions in veteran outfielder, Andrew McCutcheon, and former New York Yankees and Chicago White Sox setup man, David Robertson. Philadelphia is undeniably looking to add to their roster after stumbling down the stretch last season and missing out on the playoffs.

Despite, who they sign this offseason, the Phillies will also reportedly be in play for South Jersey native, superstar outfielder, Mike Trout if he becomes a free agent in 2 years. This news comes from the rumors of unlikeliness that the Los Angeles Angels extend Trout, writes Heyman.

The Phillies must back up their words in order to keep up with their division rivals in the NL East, who have been more than active along the hot stove. Only time will tell whether they complete their offseason goal of a free agent spending spree, otherwise, they could be looking up in the standings at the Mets, Braves, and Nationals.

While the highly talented, injury prone free agent centerfielder, AJ Pollock has been linked to the Atlanta Braves lately, there are some restrictions, which might prevent a deal from happening.

One factor that might hold Atlanta back is due in part to the penalties they received in late 2017 for infractions in the international market and domestic draft, writes Ken Rosenthal of the Athletic (subscription required). If the club was to sign Pollock they would have to surrender a second-round draft pick, after the centerfielder declined a one-year qualifying offer from the Arizona Diamondbacks. This would also come after losing their third rounder last June because of these previous violations.

The Braves would most likely sign Pollock for the right price, but they value their pick more than other teams and will have to strongly consider the cost of the pick given their loss of 13 young international prospects, losing their 2018 third round pick, and a three-year restriction on the international market from these penalties, as well, says Rosenthal.

A source confirmed with Rosenthal last night that one of the top remaining free agent relief pitchers, Adam Ottavino is drawing interest from the Texas Rangers, Jon Morosi of MLB Network tweeted out.

In his age 32 season, the reliever posted a 2.6 WAR, 2.43 ERA, 6 saves, and 112 strikeouts in 77.2 innings with the Colorado Rockies. Ottavino had previously been linked to the Yankees and White Sox, who have since rounded out their bullpens and most likely will not be looking to add any more financially significant pieces in this area.

Grandy and Colon Not Ready to Hang it Up

It was reported on Tuesday that soon to be 38-year-old outfielder (March), Curtis Granderson, and 45-year-old starting pitcher (turning 46 in May), Bartolo Colon, plan on playing this season per Rosenthal.

In his 15th season, Granderson played in 104 games for the Toronto Blue Jays in 2018 before being traded to the Milwaukee Brewers down the stretch run of their divisional race. In 123 total appearances between the two clubs, Grandy put up a .242/.351/.431 slash line. Despite these solid numbers, his 13 home runs and 38 RBIs were the veteran’s lowest totals since 2013 with the Yankees, where he missed 101 games due to a broken forearm and pinky knuckle.

As for Colon, the 21 year veteran pitched for the Texas Rangers, where he struggled mightily going 7-12 with a 5.78 ERA in 24 starts. Colon’s poor season carried over from his rough 2017 campaign, where he spent time with the Atlanta Braves and Minnesota Twins compiling a 7-14 record with a 6.48 ERA. The aging right hander has only won a combined 14 games in the past two seasons, which is one less than his All-Star year total with the Mets in 2016, where he went 15-8 with a 3.43 ERA. That year also saw Colon arguably slug the most shocking first career home run of any player in the history of baseball against the San Diego Padres at Petco Park.