Mets Should Look Into Nick Markakis 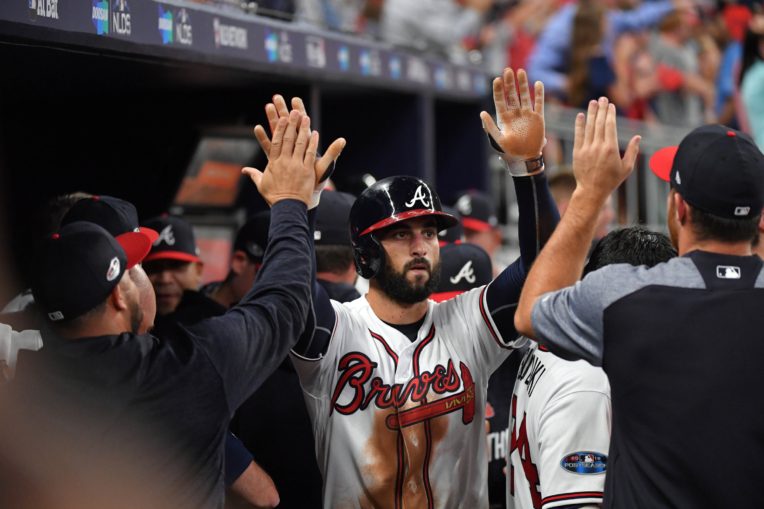 The Mets need for an outfielder has been well publicized this offseason and if the team plans to not pursue the likes of Bryce Harper and A.J. Pollock, their options will be quite limited.

Since they are very likely going to avoid both of them, there is an option that has not been discussed a lot. That guy is Nick Markakis.

Markakis also was a very solid defender in 2018 registering one defensive run saved between time in right and left field while also recording a 1.1 UZR.

Another very positive attribute of Markakis’ game is his health. Markakis appeared in all 162 games for the Atlanta Braves this past season and has only missed 12 games over the last four seasons. In fact, in his 13-year career, he has only played less than 147 one time (2012 with the Baltimore Orioles).

One thing that could be concerning, though, is his lowly second half in which he had a lowly .701 OPS and four home runs after having a .877 OPS and 10 home runs in the first half.

That being said, the price tag for the Golden Glove winner is likely to be significantly lower because of his struggles after the All-Star break.

Tim Dierkes of MLB Trade Rumors projected Markakis to receive only a two-year, $16 million contract at the beginning of the offseason. Given his lack of suitors currently outside of the Braves who are only monitoring his market, it is certainly possible he will command even less than that at the end of the day.

At that price or lower, Markakis might be a solid gamble for a team looking for another outfielder, considering the fact that there are not many true center field options on the open market.

While this move requires Brandon Nimmo to move to center field, he could do worse than having Michael Conforto and Markakis on the corners.

Dives, snags, leaps and throws make up the best defensive plays of 2018! | Sports
Another Mediocre Season… Is It Finally Looking Up?