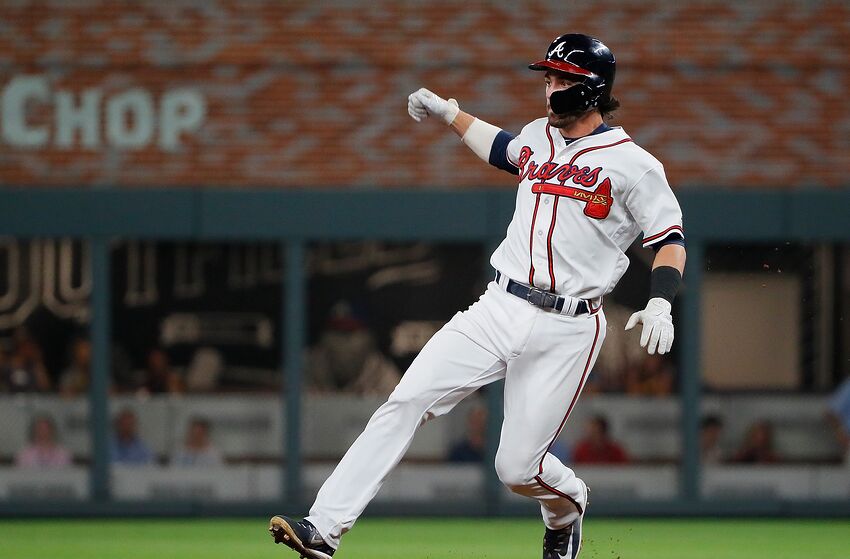 Dansby Swanson and the Atlanta Braves may be postseason bound but there is a reason to be concerned after the shortstop left last night’s game. Swanson is expected to undergo an MRI and could miss part of the postseason.

The Atlanta Braves are vying for postseason positioning having already clinched their division. With that comes the problem of playing your starters while already having a spot in postseason locked up.

Dansby Swanson was at the plate in last night’s game taking a big swing and quickly exited the game very obviously in pain. Swanson’s injury was later clarified as wrist discomfort, the same injury he missed 15 days with earlier in the season.

Losing Swanson would be a big blow defensively for the Braves considering he is in the top seven shortstop rankings in defensive runs saved.

Swanson will likely be replaced by Charlie Culberson. Culberson can shift to third base or shortstop dependent on how the Braves want to aline defensively.

Culberson made a name for himself with the Dodgers in last year’s postseason play. The Braves should have plenty of confidence offensively Culberson can fill Dansby’s production at the plate.

The biggest loss will be the energy and effort Swanson brings to the Braves. Some things cannot simply be measured in stats and Swanson’s value to the team makes that fact obvious.

His hustle and energy are contagious and that fact is obvious to any fan who has followed the team closely this season.

Offensively Swanson will have more time to develop, assuming the Braves choose to stick with Dansby and not chase Manny Machado this off-season.

The Braves have five games left on the season as they look to claim one of the top two positions in the National League. The team will continue their series against the Mets tonight as the season winds to an end.

Atlanta Braves News: The Anderson vs Anderson matchup we’ve all been waiting for come to Milwaukee tonight – Talking Chop