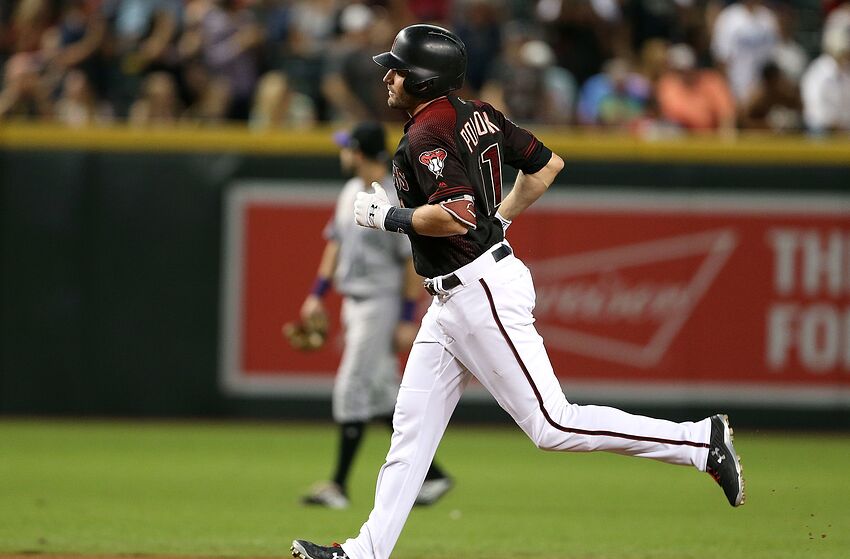 PHOENIX, AZ – SEPTEMBER 22: A.J. Pollock #11 of the Arizona Diamondbacks rounds the bases after hitting a home run against the Colorado Rockies during the fifth inning of an MLB game at Chase Field on September 22, 2018 in Phoenix, Arizona. (Photo by Ralph Freso/Getty Images)

The Atlanta Braves are still searching for a third outfielder with their options continuing to dwindle. Could A.J. Pollock be the answer for an Atlanta team with roster holes to fill?

A.J. Pollock is a free agent and could fix the Atlanta Braves outfield problems.  Pollock spent the first part of his career with Arizona and when healthy is one of the better center fielders in the game.

Pollock is coming off of a solid season hitting .257 and hitting 21-homers. While he has struggled to stay healthy he is a gamble worth taking for a deep Braves roster.

Pollock has primarily played center field in his career but could shift over to left field allowing the Braves one of the stronger outfields in baseball.

Along with allowing the Braves current center fielder to stay put it would put less wear on Pollock and hopefully keep him healthier.

Pollock is one of the few outfielders left on the market that would be an obvious upgrade from the outfield the Braves featured last season.

If he is signed elsewhere the Braves options become increasingly thin with a trade becoming their best move.

Pollock is a career .281 hitter and plays great defense along with an ability to swipe bases and hit 20+ homers.

He is a complete player who would compliment the Braves current roster without demanding a huge contract.

The Braves will likely remain quiet for the next week as the front office takes a break to celebrate the holiday. With that in mind, it seems very doubtful the team will make any trade or signings until January.

January, however, should be full of exciting moves as the Braves attempt to shore up their outfield, bench, rotation, and bullpen.  More to come as a quiet off-season continues for the Atlanta Braves front office.