Braves Are Reportedly Out on J.T. Realmuto – Mets Merized Online 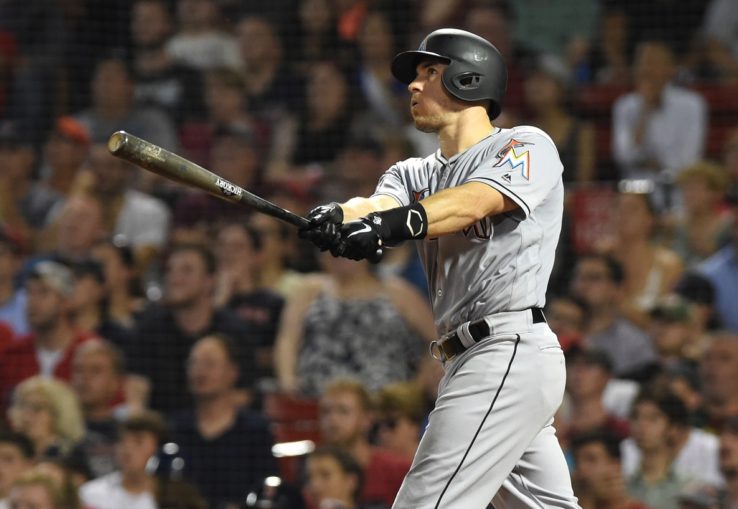 After being labeled as the “slight favorite” to land Marlins catcher J.T. Realmuto in a trade by Craig Mish of SiriusXM during the day, on Saturday night it was reported by Mark Bowman of MLB.com that the Atlanta Braves were apparently out on the All-Star backstop.

“The Braves have not had any discussions regarding [Realmuto] within the past five days,” Bowman wrote, as per a source. “And they do not plan to have any further talks with the Marlins regarding [him].”

“While the Braves have done their due diligence by monitoring Realmuto’s market,” Bowman wrote in a separate tweet. “This hasn’t been a priority since [Brian McCann] signed.”

Realmuto, 27, had been most heavily linked to the Mets throughout the offseason, with the Yankees, Reds, and others also named as potential trade partners.

Miami has been said to have had set their price on Realmuto quite high, with reports of the necessity of Brandon Nimmo, Michael Conforto, or Amed Rosario being included in the deal.

Mets general manager Brodie Van Wagenen has expressed his reluctance to create voids in his current lineup by trading for additions. A trade for J.T. Realmuto could be a direct contradiction of that declaration.