(BATRA) holds the Atlanta Braves baseball team and a real-estate development project called Battery Atlanta around the team’s new stadium, SunTrust Park. The shares, at about $26, are up from $15 when the tracker was created in 2016. “The Braves are one of the few public plays on sports teams,” Gabelli analyst John Tinker notes, citing English soccer club
Manchester United

(MSG), owner of the New York Knicks and Rangers. That creates scarcity value. The Braves have been doing well on the field—winning the National League East this season—and financial results have improved since the new park opened last year.

Tinker thinks the Braves will be spun out of Liberty and ultimately sold at a premium to a billionaire. A spinoff could be years away because of tax issues. The shares aren’t cheap, trading for more than 30 times projected 2019 earnings before interest, taxes, depreciation, and amortization, or Ebitda, but teams trade on trophy value. The Braves are now valued at less than $1.5 billion inside the tracker. Tinker thinks the team is worth over $2 billion. He has a private-market value of $42 a share. “There’s no rush to do a spinoff of the Braves. I can’t say it won’t happen at some point,” Maffei says. “There has been a lot of valuation creation there and more to be done.” 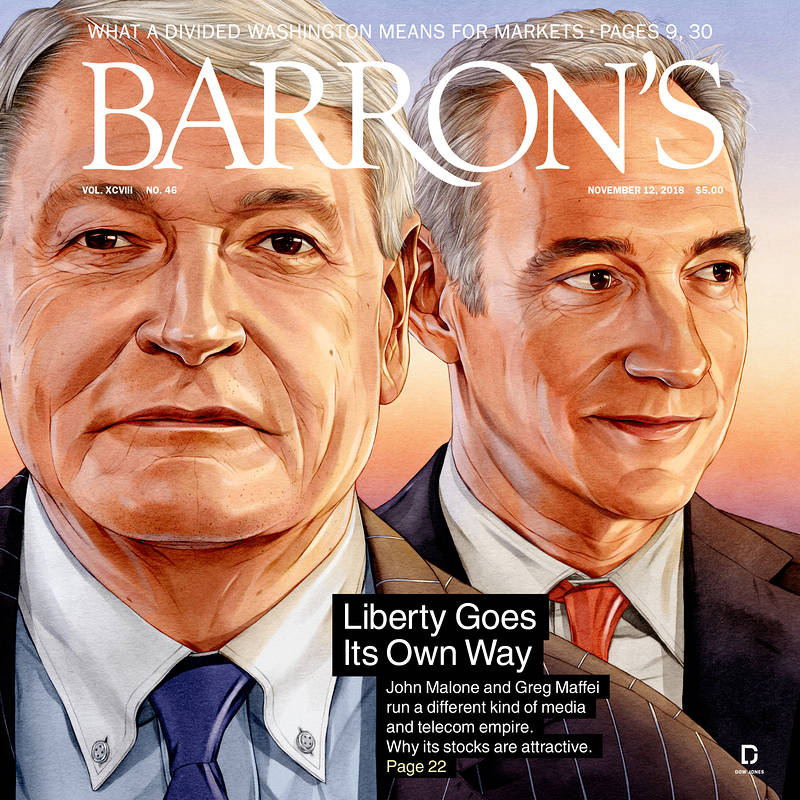 
This is an extract from the Nov. 12 cover story on media mogul John Malone and the 10-company empire he has assembled under the Liberty flag. Read the entire cover story.

Write to Andrew Bary at andrew.bary@barrons.com