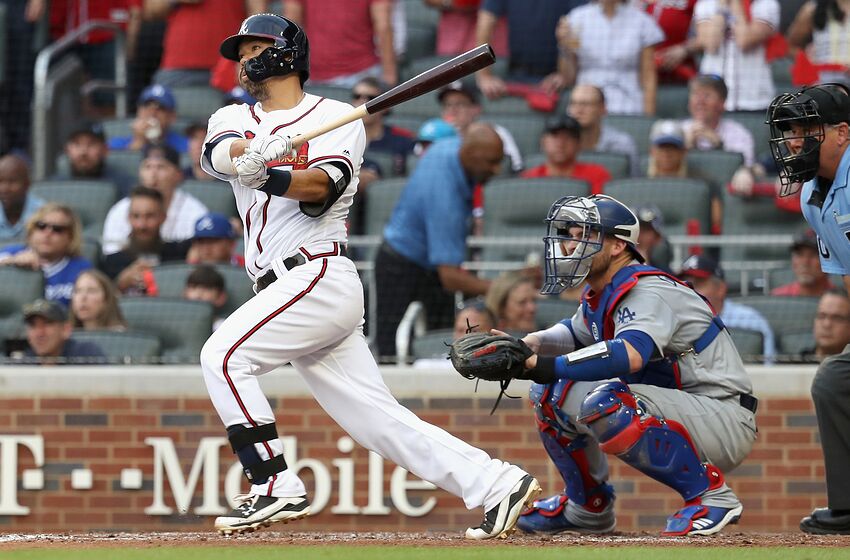 The Atlanta Braves have lost free agent Kurt Suzuki to the Washington Nationals. The former Brave signed a two-year deal with Washington leaving the Braves few options left on the open market.

Kurt Suzuki was a stabilizing force in the lineup and behind the plate last season for the Atlanta Braves. Now they must find a way to replace Suzuki, with the news he will be spending the next two seasons in Washington.

Losing a key player is always painful, but losing a key contributor like Suzuki to the Nationals is especially disappointing for the Braves and their fans.

Kurt played well in his time with Atlanta hitting .271, knocking in 50-RBI’s, and 12-homers last season.

Replacing that type of offensive production behind the plate won’t be easy for Atlanta as they turn their focus to the free agent and trade markets.

In Suzuki’s defense, the Braves interest in bringing him back seemed lukewarm at best. Atlanta has remained interested in bringing in J.T. Realmuto hoping the Marlins will trade him within the division.

An unlikely scenario for either side, it is doubtful the price would be met by the Braves or the Marlins will be willing to send him to Atlanta.

The Braves will need to focus on replacing Suzuki from the current free agent market. The options at catcher aren’t the best with limited offensive options.

With this in mind, Atlanta’s best move is to focus on improving their offense elsewhere and bringing back Brian McCann to Atlanta.

McCann is coming off of his worst season to date and his market will be limited. Bringing him back to Atlanta on an affordable contract is a great idea for both sides.

For McCann, it offers the chance to rehab his value in his home state. For the Braves it will offer them a leader in the clubhouse and a player who has a lot of potential to bounce back paired with Tyler Flowers.

Next: Trae Young Changing the Culture

No doubt, Kurt Suzuki landing in Washington means the Braves may downgrade offensively at catcher. Instead, spending their money on improving another position in the lineup.