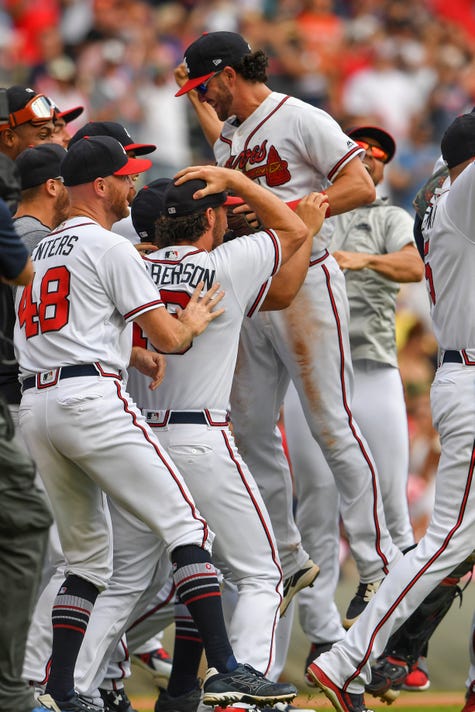 The Atlanta Braves’ grand rebuild came to fruition earlier than expected, as the team clinched the National League East title Saturday with a 5-3 win against the Philadelphia Phillies – the club’s first trip to the postseason since 2013.

It has been a long process for the Braves, who started selling off their assets after a 79-83 season in 2014. Over time, Atlanta built up one of the best farm systems in baseball.

That group of prospects started paying off this season, as the Braves got enormous contributions from outfielder Ronald Acuna, 20, a front-runner for NL rookie of the year, and second baseman Ozzie Albies, 21, who played in the All-Star Game.

Some of the team’s most important pieces were acquired in those trades over the past four years, including All-Star starter Mike Foltynewicz (for Evan Gattis in January 2015), everyday players Dansby Swanson and Ender Inciarte (for Shelby Miller in December 2015) and lefty starter Sean Newcomb (for Andrelton Simmons in November 2015).

With plenty more talent in the pipeline, 2018 might just be the tip of the iceberg as the Braves appear primed for a sustained period of success.